Enjoy multi-generation living at Eat Oahu or live in one and rent out the other house to generate additional rental income. Two detached homes on a large 9381 sf. lot loc...

At the entrance of Kalama Valley off Mokuhano Street you will find this 3 bedroom 2 bath home level home with a spacious back yard for maybe a small pool or extension. En...

This Lovely Hawaii Kai Home is Bursting with Natural Sunlight. Situated on a Quaint Cul-de-Sac, 1149 Namahealani Place has Fresh Paint Inside & Out, New Carpet, & Mitsubi...

Rarely available Marina front home with a boat dock and pool on a large level lot in a superb Hawaii Kai location - it doesn't get any better! The home went through sever...

Capacious rim lot possesses commanding views every day of the year from the blue Pacific Ocean, Koko Head, Kamilo Nui Valley and gorgeous sunrise - without a doubt, this...

Beautiful ground floor 2B/2B/2P unit at the Esplanade in Hawaii Kai. This home has been beautifully renovated with an open concept living space which provides a clear sig...

An Oasis of Natural Serenity. An inviting and fresh three-bedroom and two-bath terraced home located towards the end of a secluded cul-de-sac with no back neighbors. Tuck...

Spacious 4 bedroom 2 bath home with features that include recently painted interior and exterior, newer roof, new refrigerator and stove, past renovations to the kitchen ...

LARGE storage unit available! Spacious storage room conveniently located in the parking structure - 140 sqft! Buyer must own in the building, as this is a Limited Common ...

RARELY AVAILABLE vacant lot in Hawaii Kai - (Hahaione - Upper). W/ ur creative imagination, build your dream home & enjoy everything that life can offer in this spectacu...

Very well maintained unit, in the famous Mauna Luan, Hawaii Kai area, has beautiful view on 10th floor from both living and bedroom. Easy excess to elevator, right in th...

Exceptional opportunity to own your own personal sanctuary on a private cul-de-sac. Large lot of almost 17,000 sq ft of R-5 zoned property backing up to the preservation...

Come and view your forever home! "Newer" construction, tucked away in the back of Mariner's Valley, this home is ready to move into. 3/2 split-level living with a deck of...

Kuapa Isle!!! Tastefully remodeled two story townhome with a great floorpan. The Kitchen area opens up to a private covered lanai area and side yard. This community offer...

This is your opportunity to own a magnificent Estate in Portlock, on the beautiful island of Oahu! The property sits on a 15,925 sq ft lot, and features 5 bedrooms, 5 1/2...

Visit OPEN HOUSE on Aug 8th at 2pm-5pm. This luxurious home is located in the coveted Portlock neighborhood. Enjoy the generous and spacious 6 bedrooms (4br on ground flr...

Paradise Found ~ Captivating, stunning, unparalleled panoramic ocean views that will take your breath away! Experience tranquility being on top of the world, as you enjoy...

Location, location, location! 4 bedroom, 2.5 bath, Single story home in Hahaione Valley. Mountain view with no neighbors in the back. Close to schools, parks and bus sto...

Amazing ocean, coastline and marina views from this spacious one bedroom unit in preferred side of the building. Nice covered lanai to have breakfast or a place to relax...

BRAND NEW PLUMBING!! Do you want space? This is the perfect home without the price tag & maintenance of a house!! Serenity seekers, welcome to this beautifully renovated ...

Two bedroom plus bedroom-sized den with a full closet located in Hale Ka Lae. Unit offers flexibility to be an owner occupant with the opportunity to earn rental income w...

Welcome to this beautiful Kalama Valley home that was custom built from the ground up in 2007! This steel-framed construction home has a grand entryway with vaulted ceili...

E komo mai! Welcome home! Do not be deceived by this humble curbside view of your home that is oriented to the trade winds. Just from the curbside, you can either park a...

Just outside of Honolulu to the east lies beautiful Hawaii Kai. This area is great for those who want to escape the hustle and bustle of Honolulu, but want to remain close enough to still commute downtown or catch an event in town. Hawaii Kai is located around Koko Marina, which is a private marina that leads out to the ocean area known as Maunalua Bay.

Once you settle in Hawaii Kai, you may never leave. The Hawaii Kai area has everything you would ever need including Hawaii Kai Towne Center and Koko Marina Center, both have many restaurants and plenty of shopping.

Also, for those golfers nearby is the Hawaii Kai Golf Course. And, if you prefer marina front living then Hawaii Kai is the place to be. 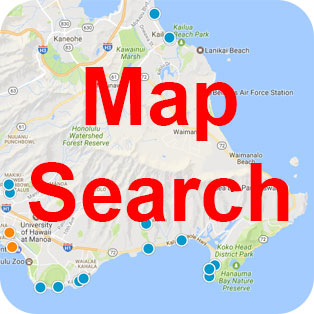 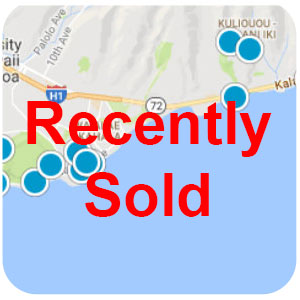